What We Are Drinking

We are drinking some wonderful aged wines from the cellar, along with plenty of refreshing, chillable whites and rosés as we are in the midst of a record-setting heat wave. But apart from the wines, the most interesting new drinking wrinkle is the stemware. I have recently been introduced to a thrilling new wine glass from Gabriel-Glas, and had a chance to chat with designer René Gabriel about this innovative stemware.

I have been especially impressed by the aromatics released by this design, and René confirmed this.

“The main point of the glass,” he explained, “is to easily allow all the flavors coming up to your nose. I learned by doing this glass more about tasting wine and getting the flavors out. The largeness of the bottom is important. It’s like decanting on your nose. The second important factor is the distance from the liquid to your nose. And third, the opening of the glass is incredibly important. If too small, it doesn’t allow flavors out. If too open, it dissipates the flavors. These three elements are the secret to the glass.”

The glass was first introduced (via somms and wineries) in Austria, and is now making its North American debut. There are two versions – hand blown and machine made. Both are light as a feather, yet strong enough for the daily washings I give them. The website says they are dishwasher safe, but I’ll let someone else try that! 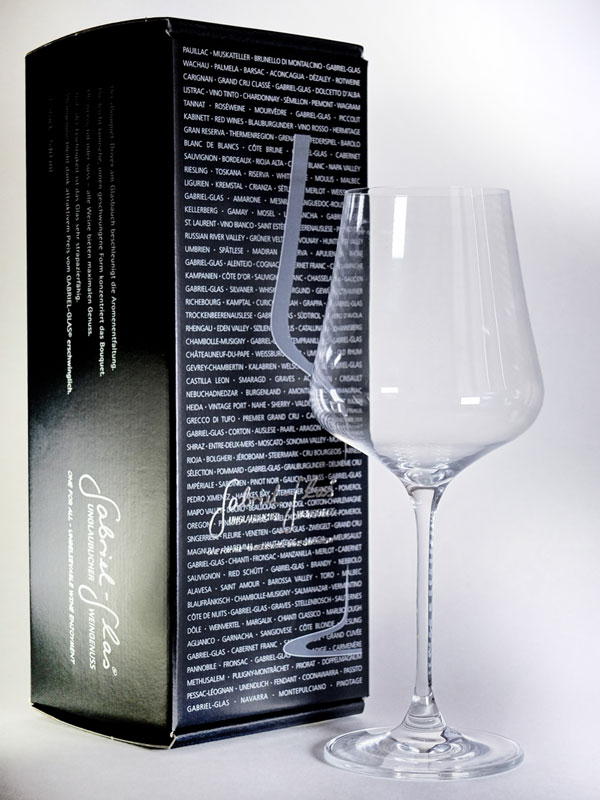